New York based organization Shah Foundation donated winter clothes to Dalit children in Gaibandha. Winter clothes handed over to more than half a hundred children at the event. 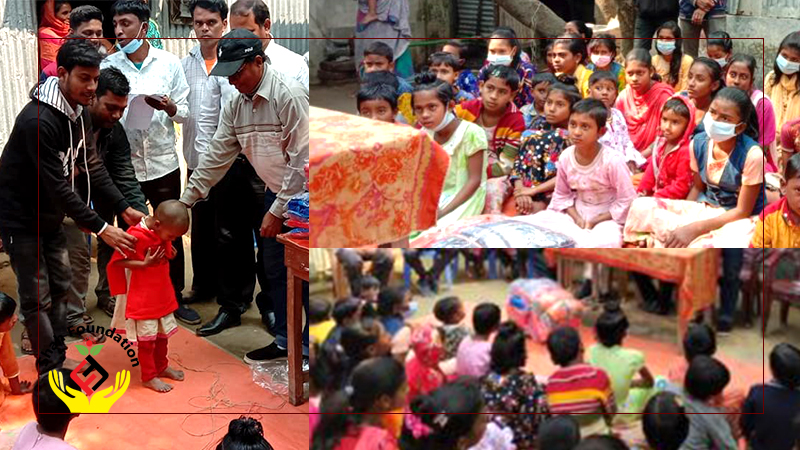 Shah J Chowdhury, founder and president of Shah Foundation said that, it was a sudden plan to distribute winter clothes to disadvantaged children in Bangladesh. The implementation of this plan took place on 28 January in Gaibandha with the distribution of winter clothes among poor and orphaned children.

The Ravidass community was once engaged in carrying palanquins to the royal court. The people of this community are the neglected, underdeveloped, Deprived of mainstream and backward ethnic groups of Bangladesh. Although the Ravidass community is a self contained ethnic group governed by distinct languages, cultures, religions, beliefs, and social systems. During the British rule, the Ravidass came to this country for work and spread to different parts of Bangladesh. It is estimated that there are Ravidass in all the districts, upazilas and even at the union level in this country. 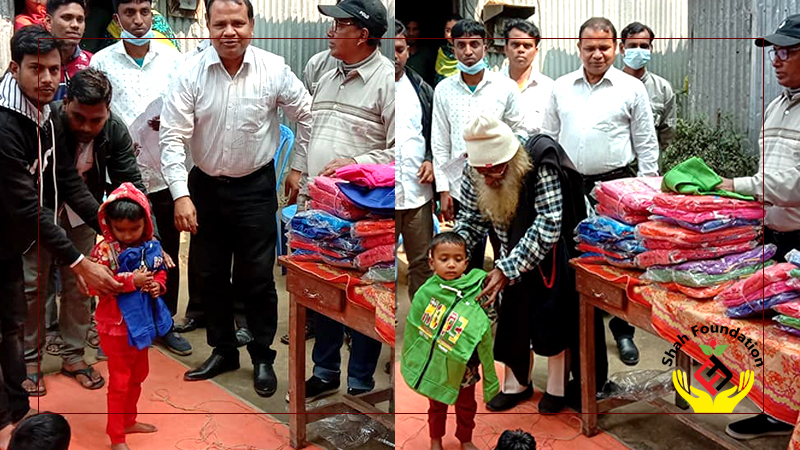 Poet Saroj Dev, one of the leading figure of Gaibandha culture movement, Bachik artist Debashish Das Debu and Prabir Chakraborty, the head of the voluntary organization ‘Abalamban’ distributed winter clothes on behalf of Shah Foundation. Politician and president of the district branch of the environmental movement Wajiur Rahman Rafel, was in charge of overall management and coordination. Leaders of the Ravidass community were present at the event.