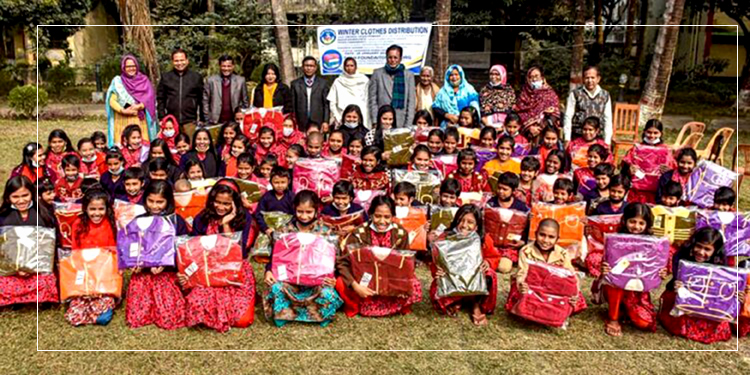 District Social Service Officer Emdadul Haque Pramanik handed over the winter clothes to the children on behalf of Shah Foundation.

In the speech they said, the moral responsibility of human being is to stand by the helpless. Poor peoples are part of the society. Therefore, everyone including the rich of the society should stand by the poor and disadvantaged people. The ‘Shah Foundation’ is working for that moral responsibility by distributing winter clothes. They thanked Shah Foundation for coming forward with such a great work.

Earlier, in a video conference from the United States, the founder of Shah Foundation, Shah J Chowdhury expressed his love and affection to the orphans and promised to be by their side.

Convener of the district branch of environment movement, sports organizer and 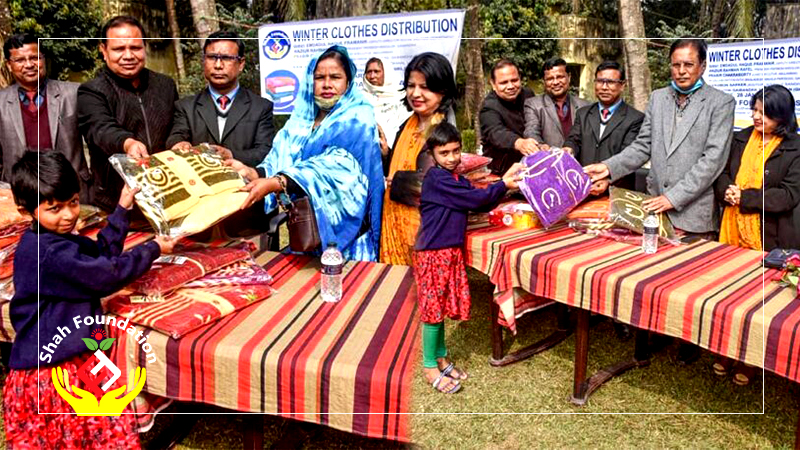 Shah Foundation said, winter clothes will be distributed among the disabled, tribal and Dalit children in phases this winter.❐