Public life disrupted in winter. The severity of winter makes low-income people helpless. The New York based organization Shah Foundation, stood aside from its social responsibility to provide warmth to the helpless and miserable people.

On the first day of the year 2021, the organization has distributed blankets among one thousand destitute, helpless cold stricken people of Gaddimari Union in Rangpur district of the country. 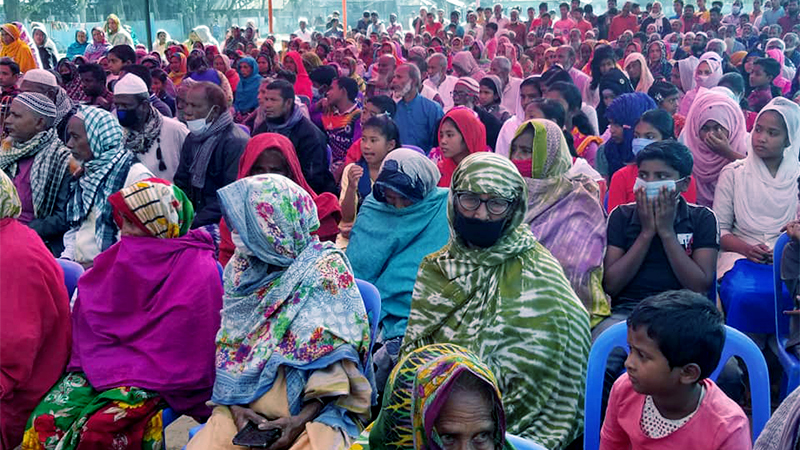 The Shah Foundation in the service of distressed humanity organized the event on the premises of the local Gaddimari Di Mukhi High School.

Honorable Member of Parliament and Freedom Fighter Md. Motahar Hossain, elected for four terms in Lalmonirhat 1 constituency was the chief guest at the event.

Mahmudul Hasan Sohag, general secretary of Upazila Awami League and social worker and enthusiastic was the special guest on the occasion. Chairman of Gaddimari Union Parishad Mohammad Abu Bakkar Siddique Shyamal was the president of the event. 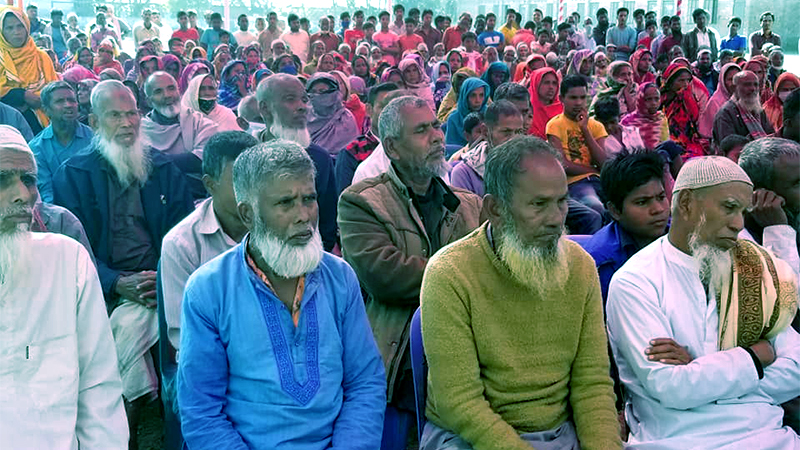 Shah J Chowdhury, founder and president of the Shah Foundation, told Ruposhi Bangla’s New York correspondent that people’s suffering from cold beyond humanity is unacceptable. We have tried to stand by them as family members with love, respect, honor and compassion.

Shah J Chowdhury also said that, the Shah Foundation was formed to work in collaboration with the people suffering from poverty. From the beginning this Organization has been working with affordability and dedication. This collaborative activity will continue in the future as well.❐